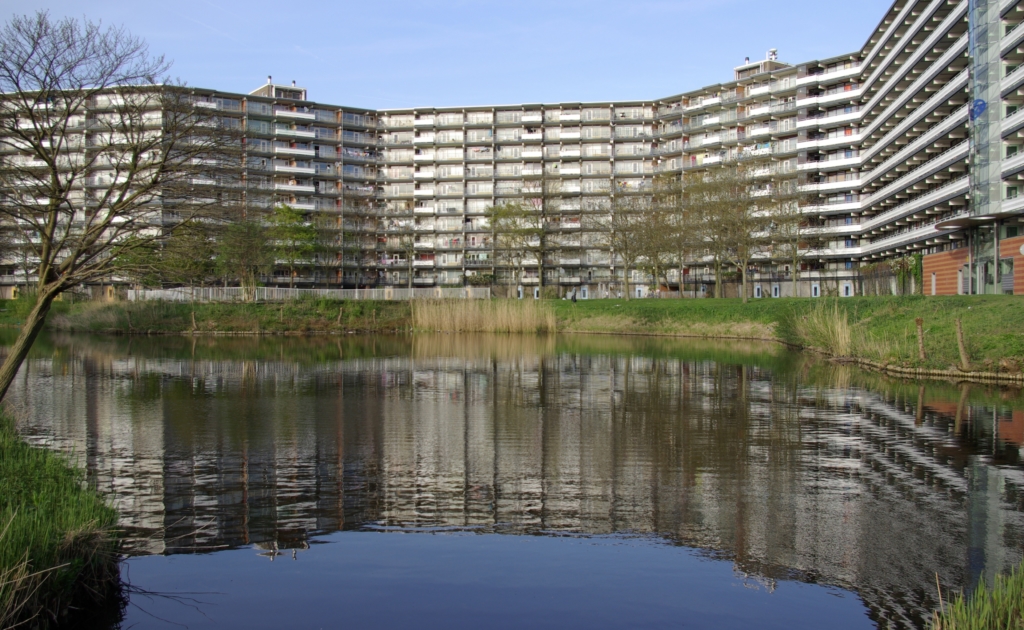 We had a look at Oost and Zuid, but if you are looking for a place to live in Amsterdam, you should really also consider Zuidoost. It has a lot of green, high rise flats, but also the cheapest houses in Amsterdam. That is certainly worth that ride on the metro.

After hearing the “dingdong” of the opening metro doors, you’ve arrived to Zuidoost with over 38.000 houses. In comparison: The center has 54.000 houses and is 2,5 times smaller. Thus, a lot more space to spread your wings. In Zuidoost there’re more trees, parks, forests, agriculture and recreational space. All in all, the center accounts for 4% of that space and Zuidoost for 30%.

Get to know your neighbors

It is only logical that there’re more kids, someone has to play in all that green. About 11% of your neighbors in Zuidoost are between 4 and 10 years of age, bust most, about 35%, are between 29 and 49 years old. Half of the houses are taken by singles. There are about 180 nationalities in Amsterdam, which is extremely high if you think about it. In Zuidoost one nationality in particular stands out; 30% are from Surinamese descent.

Why you want to rent in Zuid-oost

Due to the independence of Suriname in 1975, lots of people from Suriname moved to the Netherlands. There are about 350.000 Surinamese living in the Netherlands now. That is why we are familiar with roti, bara’s and baka bana (with saté sauce). Are these specialities not on your list of favorites yet? Than it’s about time you got onto the metro to Zuidoost. Tjin’s has the best broodjes pom and kip-kerrie, don’t go all out on the chili though. At World of Food you will find a foodcourt with all kinds of little stalls with international dishes.

Ready for a rental in Amsterdam Zuid-oost?

Try RentSlam for a month. Tell us what you are looking for and we will search all listings for you in Amsterdam, so you can be the first to apply. This way you have spare time to think about decorations.